Lenovo is sending out invite to the launch of their smartphone Lenovo A7000 The event will take place on Tuesday, April 7.

Lenovo A7000 has a 5.5-inch HD screen, bigger than the 5-inch display of its predecessor. The screen quality is superb, with vibrant colours and excellent viewing angles. You cannot notice any pixilation on the smartphone’s screen, though some portions may appear a little oversaturated due to the colour reproduction. In terms of design, Lenovo A7000 is a little plain, maintaining the boxy look of its predecessor. Made entirely of plastic, it doesn’t have much to boast of on the design front. However, it is very light at 140grams and you would be able to use it for extended periods of time without noticing the weight. The new A7000 smartphone runs on Lenovo’s Vibe UI, which we have seen earlier as well. This time, the custom software is built on Android Lolllipop, so there are a few animations you will certainly notice. The performance is very smooth and we did not notice any jitters or lag while running it through our paces at the demo station. Lenovo A7000 comes with a 1.5GHz octa-core Mediatek chip and 2GB RAM, making it a powerful smartphone. The performance, as we mentioned above, is splendid and you would be hard pressed to push this smartphone to its limits using the regular apps. Lenovo A7000 has an 8MP camera with LED flash on the back, It comes with several shooting modes and image editing features but the images we captured at the booth were less than satisfactory. The camera is okay-ish under poor lighting, so we do expect that to change under normal lighting conditions. 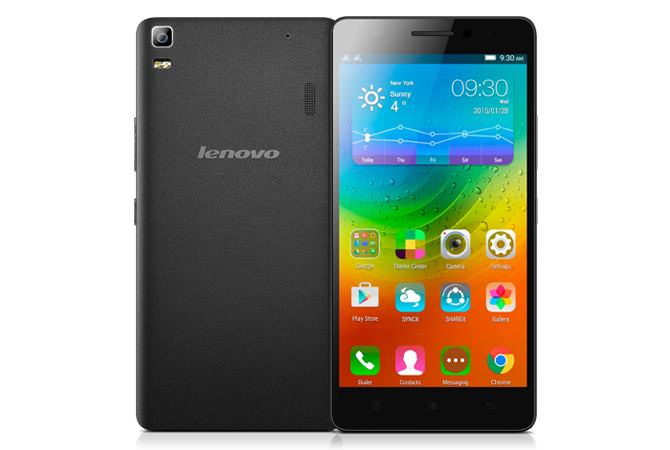 The front 5MP camera, however, is very good, at par with the ones we have seen on rival smartphones. As you would expect of a selfie shooter, it glazes over the blemishes on the face to deliver the best possible self portrait.
Another key feature of the smartphone is its 2,900mAh battery, which should last at least a day even with 4G turned on.

where to buy this smartphone online is at daxtech.com.ng you can order buy sending a mail to [email protected] or call to order 09097549720.